A large crowd of concerned citizens met this afternoon at the Selmer City Park for a Tea Party Rally. (TEA = Taxed Enough Already) 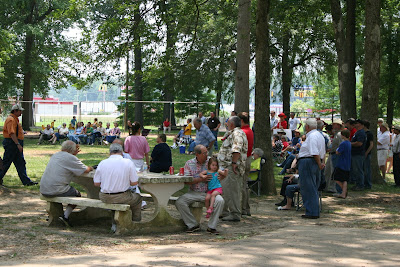 A great group of speakers (some pictured below) spoke to the crowd about limited government, government waste, taxation, states rights, liberty, the constitution, teaching America's true history to the next generation, and our country's need to turn back to God. 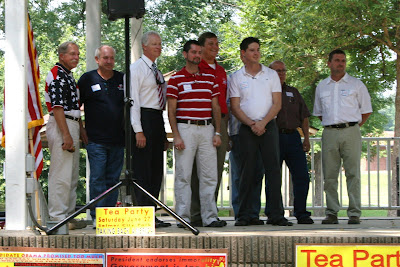 Another shot of the crowd 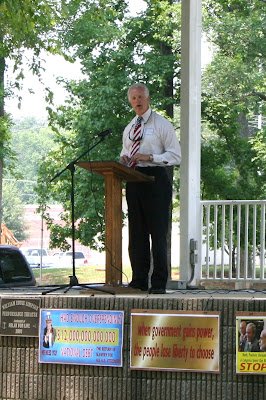 Our favorite speaker was our wonderful State Representative, Vance Dennis. 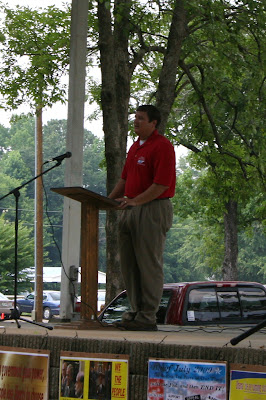 Vance just completed his first legislative session in the Tennessee House. He has done a great job and we are so proud of him. Vance spoke about the conservative victories in the Legislature this year. He also explained why he was one of the 8 Representatives voting against the Governor's budget earlier this month -- it included borrowing money and using government funds.
A Tea Party Flag 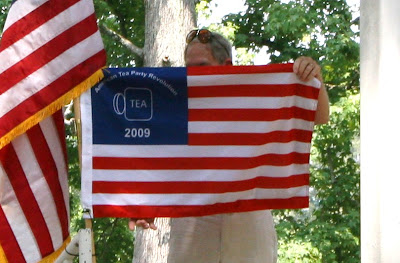 Mrs. Daniel handed out tea bags to commemorate the revolutionary spirit of the Boston Tea Party. 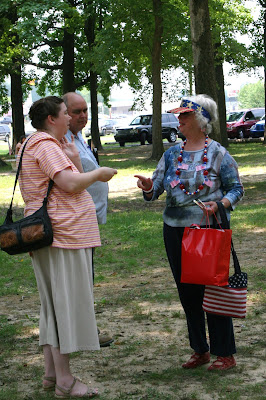 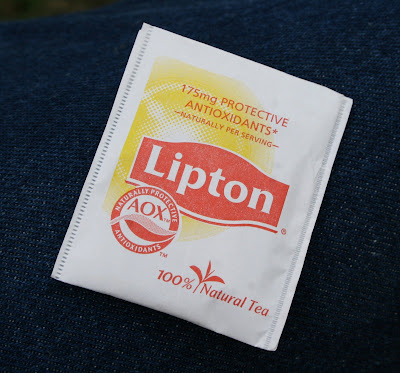 We all had a great time and are looking forward to the next Tea Party!
Posted by Deborah at 4:47 PM