Our family enjoyed attending the Victory 2010 Kick-off Rally in Hardin County today. All 5 of the Republican candidates for Governor of Tennessee (Bill Gibbons, Bill Haslam, Joe Kirkpatrick, Ron Ramsey, and Zach Wamp) spoke at the rally. 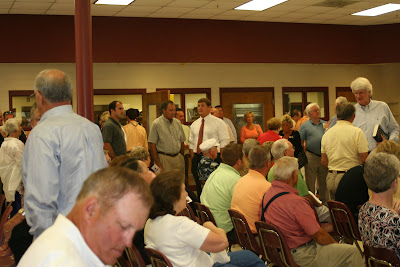 The rally was hosted by the Republican parties of Hardin, Henderson, McNairy, and Wayne counties. There was a great turnout and the building was packed! 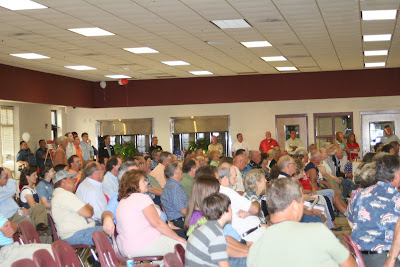 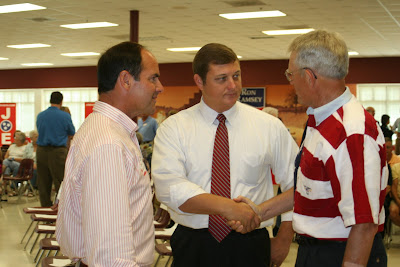 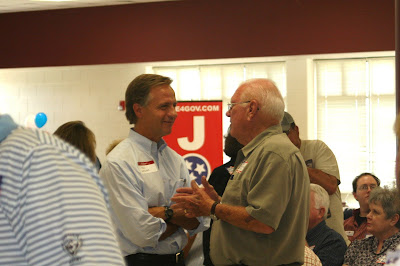 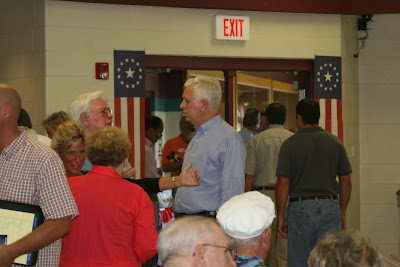 Some of our family with Zach Wamp 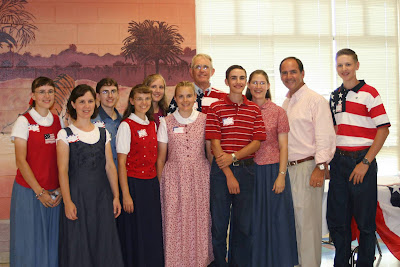 Bill Haslam and his wife greet our grandmother and David 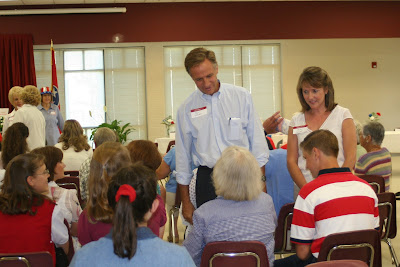 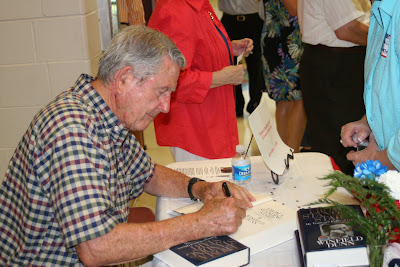 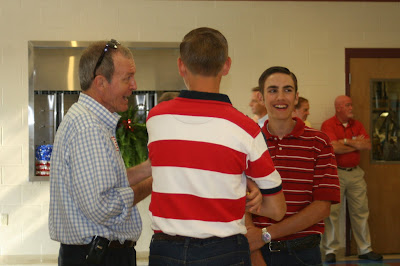 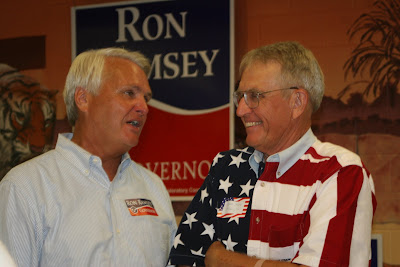 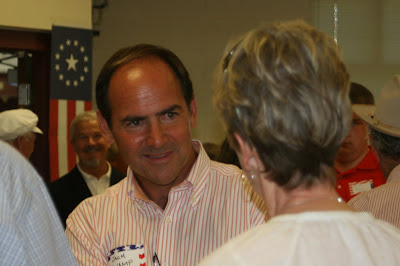 Former Tennessee Governor Winfield Dunn was the Master of Ceremonies 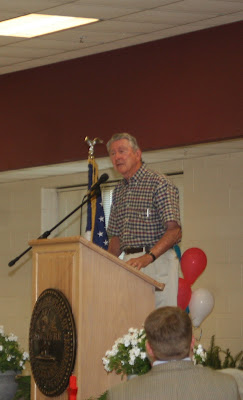 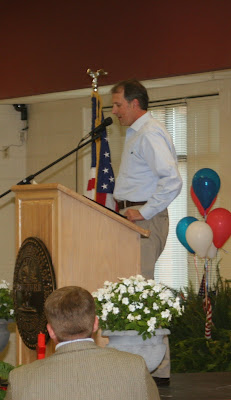 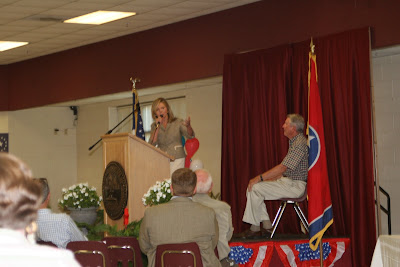 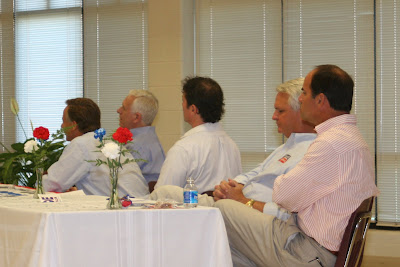 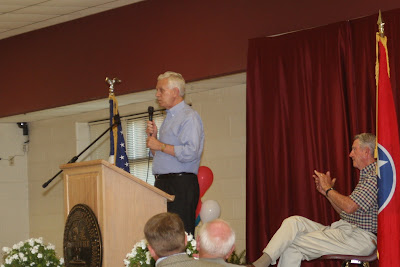 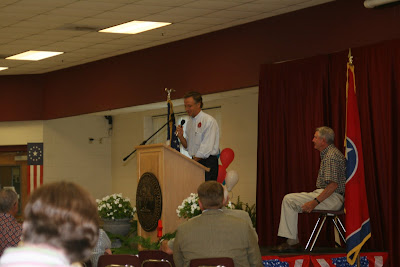 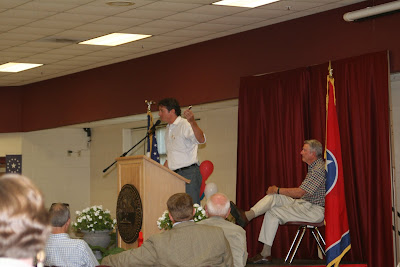 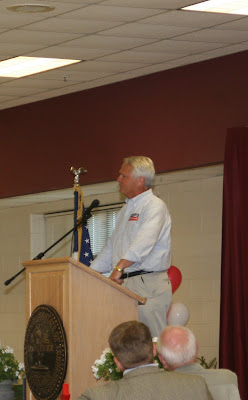 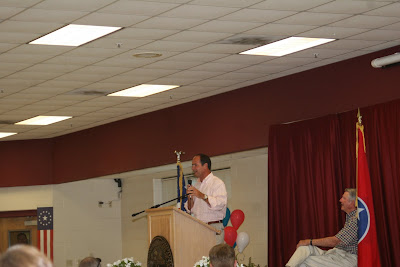 Listening to the speeches 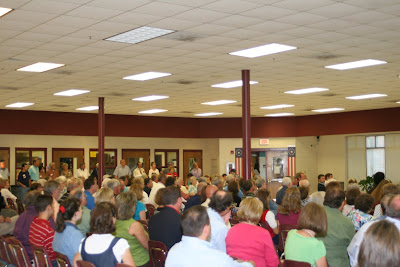 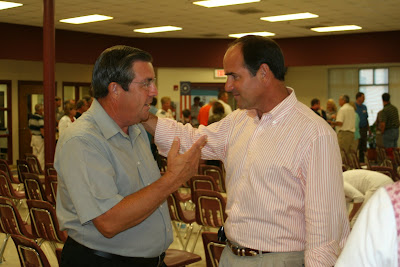 Jonathan and Emily voting in the straw poll 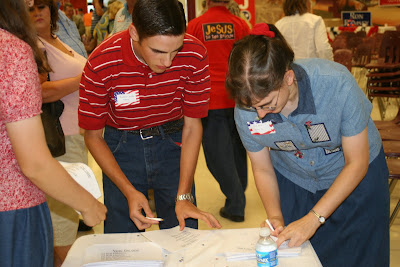 We'll post the results of the straw poll as soon as we get them.
Posted by 11 Smiths at 8:38 PM