We had a fun and busy day yesterday at the polls campaigning for Vance Dennis.
Jonathan unloads campaign materials at the Stantonville polling location. 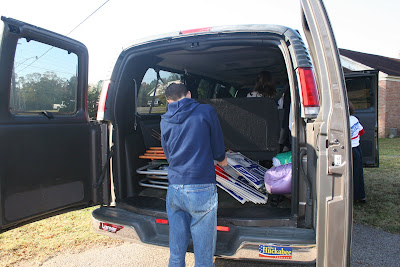 Emily and Melissa campaigned in Stantonville. Vance carried this precinct by 23 votes! 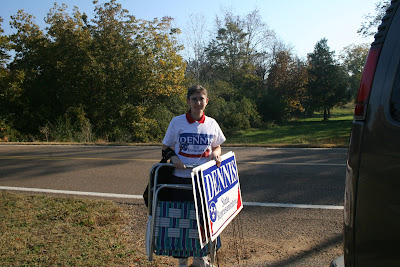 Anna and Jonathan unloading at the Michie voting location. In spite of this being a Democratic precinct, Vance won by 4 votes! 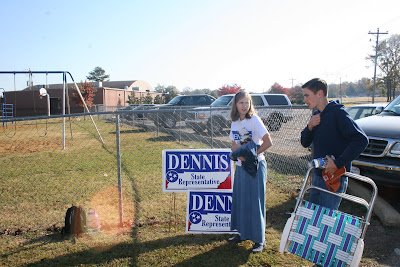 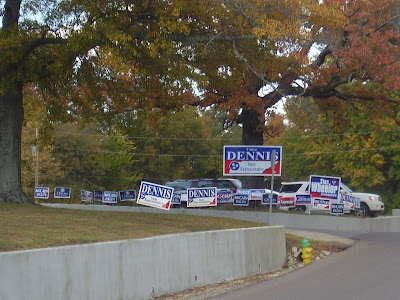 David with Republican buddies who also were at the Selmer polls.
David O'Connell (from the Gresham campaign), Vance Dennis, Charles Lee, and David 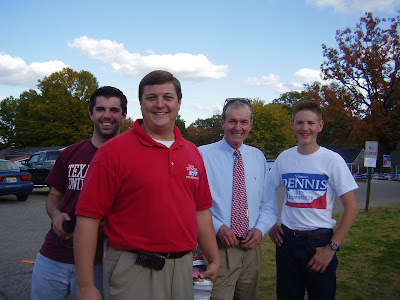 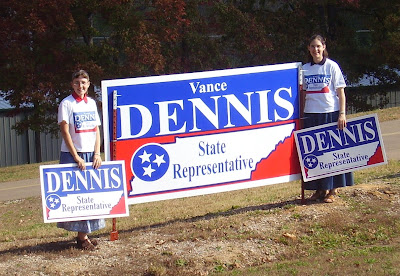 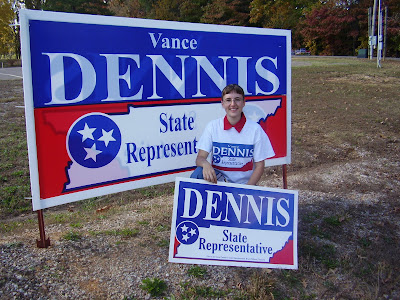 Sarah and Rebekah were at Ramer, but we didn't get any pictures of them.

We went to the courthouse after the polls closed to hear the McNairy County election results. John Smith and David carry in ballot boxes from the McNairy and Bethel Springs precincts. 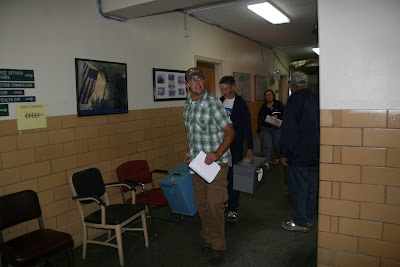 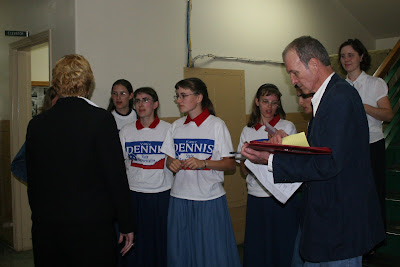 About this time the numbers for State Senate and State Representative were starting to look really good! Vance Dennis was not expected to carry any of the precincts in McNairy County, since it is his opponent's home county, but he won the majority of them!!! 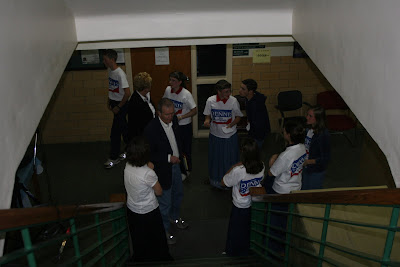 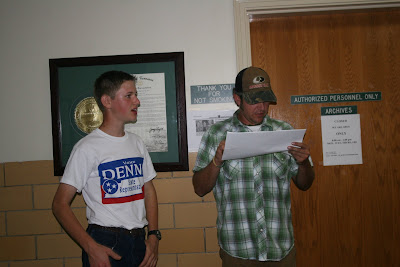 After all the McNairy results were in Charles Lee and Carol Ann joined us at our grandparents' house to celebrate the state victories and watch the rest of the election returns. 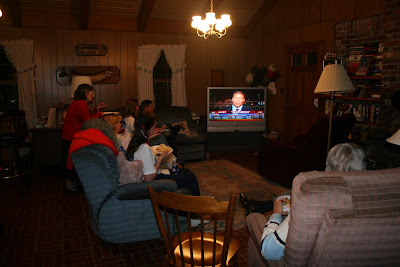 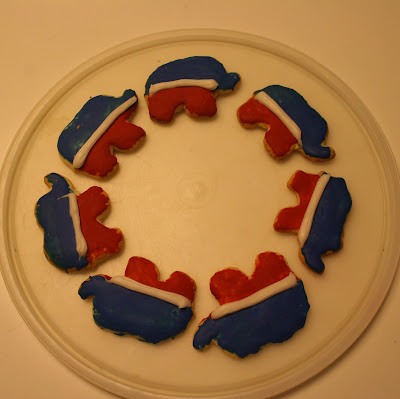 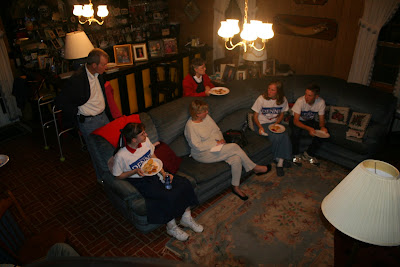 Our county did not cooperate with the rest of the country last night! John McCain won with 68% of the vote and Lamar Alexander won our county with 69%. McNairy County also carried Vance Dennis and Dolores Gresham to big wins in their districts. 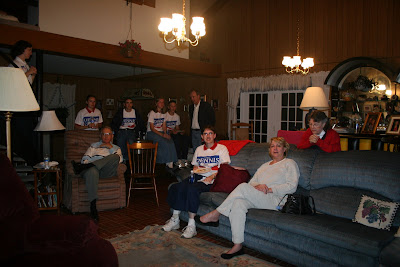