Yesterday Republicans from the 26th Senatorial District met in Chester County for a Leadership Forum. Senator Dolores Gresham was the speaker. 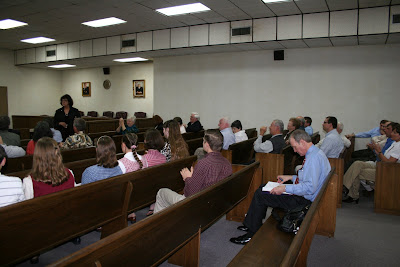 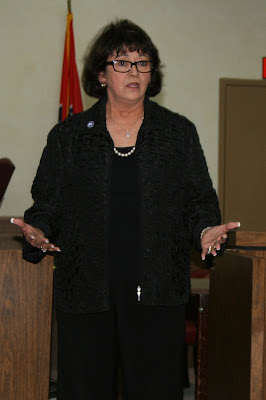 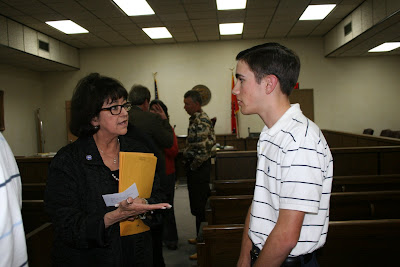 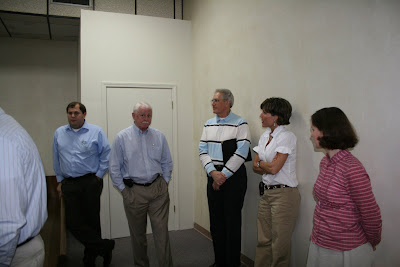 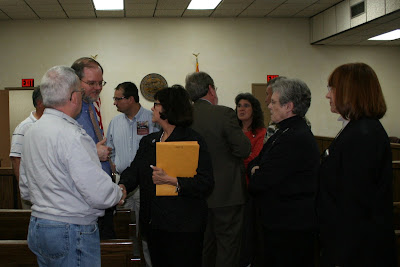 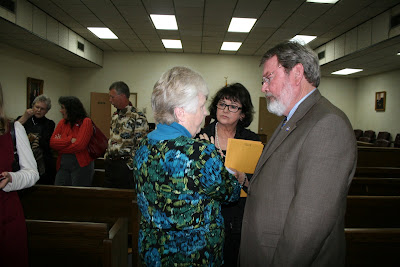 Posted by Deborah at 9:04 AM No comments:

Gov. Huckabee is urging his supporters to make at least 5 calls for Jim Tedisco, who is running for Kirsten Gillibrand's vacated Congressional seat in New York. (Gillibrand was appointed to fill Hillary Clinton's Senate seat.) The special election is next Tuesday, March 31.

The phone banks at Huck PAC are easy to use and the calls take about a minute each. If you want more information about Jim Tedisco, you can click here to visit his web site, or here to read his biography on Wikipedia.
Posted by Anna at 3:01 PM No comments:

Enough already of the hand-wringing and night sweats about the demise of the conservative movement!
Conservatives aren't challenged because of the basic principles that define us, but by the failure of the principles being translated into policy and practice.
Gandhi once said, "If Christians would really live according to the teachings of Christ, as found in the Bible, all of India would be Christian today."
I would be so brazen to say that if conservatives would really live according to the principles of classic conservatism, all of America would be conservative today. The crisis is not one over the precepts, but the practice. It's not that we've failed in our doctrine, but our "doing."
Conservatives believe that the best government is the most local government possible and that the 10th Amendment means something and should be followed. Yet, the supposedly conservative Republican Party has been a drum major for the expanded role of the federal government.
Our founders feared a highly centralized and endowed federal government, instead preferring a system of strong and virtually independent states so that no one person, party, or power broker would exercise a great deal of control.
The inherent danger of allowing too much power in the hands of the few was the heart of the major dispute between Thomas Jefferson and Alexander Hamilton. Jefferson won, believing that the dispersing of power among the states would by design keep the federal government from becoming too consuming and powerful in its approach to governing. The genius of the 10th Amendment, as is true of all of the Bill of Rights, was that it deliberately limited what the government could do - not what the individual could do.
The 10th Amendment defines the limits of the federal government in 28 words: "The powers not delegated to the United States by the Constitution, nor prohibited by it to the States, are reserved to the States respectively, or to the people."
Over the past few years, Republicans have been either acquiescing in or encouraging the acquisition of more power and control by the federal government - in policy shifts in education, health care, and even how a driver's license looks.
During my 10 years as a governor, a constant battle raged with my own federal government over such programs as "Real I. D.," which was a federally conceived idea to force states to spend hundreds of millions of dollars to re-format the look of a state-issued drivers license so it would become the equivalent of a federal ID card.
Of course, no member of Congress wanted to come out and advocate an actual federal ID card, so forcing the states to make the driver's license the substitute seemed brilliant to Washington.
What they didn't really think about or seem to care the least about, despite the numerous attempts by governors, Democrat and Republican to explain, was that a state driver's license is just what it claims to be - a license to drive a motor vehicle. It is not proof of citizenship, good behavior or church attendance, and the people who work the counter at the state Department of Motor Vehicles are not trained law enforcement officers, immigration officials, CIA agents or detectives. They are typically entry-level state employees who do their best, but are hardly the choice front line of defense to catch a potential terrorist by discovering their true identity.
Ditto that for reforming the Medicaid program.
Former Virginia Gov. Mark Warner - now Sen. Warner - and I spent many frustrating days on Capitol Hill trying to convince House and Senate members that the Medicaid program was out of control, financially unsustainable, and needed flexibility at the state level. Thanks primarily to Congressmen Joe L. Barton of Texas and Nathan Deal of Georgia, we finally were able to convince Congress that some of the decisions for the program could be made better if made closer to the people being served.
Perhaps no other example is more glaring than having painfully watched so-called Washington conservatives abandon the most fundamental principle of conservatism - fiscal restraint. A Republican administration pushed for and got the authority to spend $700 billion that we had to borrow from our grandchildren's future so we could do what government has no business doing - picking out winners and losers in the private sector marketplace.
It was especially disgusting to me to watch some of the very leaders who had smugly dismissed my candidacy for president because I had the audacity to speak out against the excesses of Wall Street and Washington as early as February 2007 now stand up and flop-sweat as they explained why they were about to support the government taking off the striped shirts of the referee and put on the jersey of a team to play the game for one team against another all in the name of "saving the markets."
By abandoning our bedrock conservative principles, and those of our founding fathers, they risked ruining our country to save the markets.
What gives me hope is my belief that the party of Reagan will reunite behind the consistent conservative policies that have made our country great - policies that empower individuals, families, and entrepreneurs, not government, to shape our own destinies. If we do that, we will not fail.
We don't need so much to redefine conservatism. Just practice the real thing.