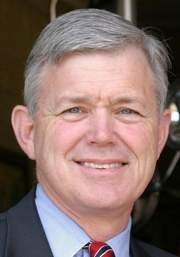 Taken from The Tennessean:

Republican Ed Bryant, a former congressman and federal prosecutor, has been appointed as a federal magistrate in Jackson. Bryant replaces District Judge S. Thomas Anderson after he was appointed to the federal bench by President George W. Bush earlier this year. Magistrates are appointed to their eight-year terms by federal judges in the district. They handle pretrial matters and can be assigned to preside over civil and misdemeanor criminal trials.

Bryant prosecuted then-U.S. Rep. Harold Ford Sr. on bank fraud charges in 1993, though Ford was acquitted of all charges. As a congressman, Bryant was one of the top House managers during President Bill Clinton’s 1998 impeachment trial.

When we moved to Tennessee in 1997, Ed Bryant was the Congressman from our district. We began attending town meetings and became acquainted with him and his wife, Cindy. Congressman Bryant was very faithful to come and meet with the people of his district. He was always willing to listen to the concerns, and answer the questions, of his constituents. Our association with this honest politician and man of integrity had a positive affect on our family. The Bryant campaign was the first one that we were really involved in. Our family is very grateful to Mr. Bryant for the stand he took on issues that were important to us! Congratulations, Mr. Bryant!

David with Congressman Bryant in 1997 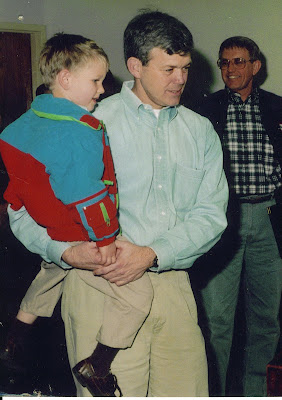 Our family with Congressman Ed Bryant in 1998