After our time in the Capitol, we returned to the Legislative Building to await Gov. Huckabee's arrival. A big crowd of media, legislators, interns and supporters began to gather.
While we waited, Fox News17 interviewed Daddy. 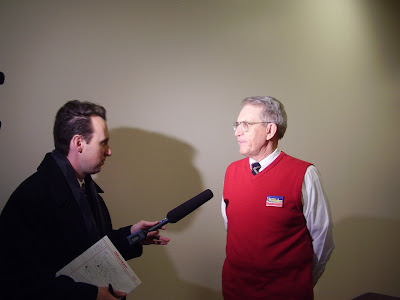 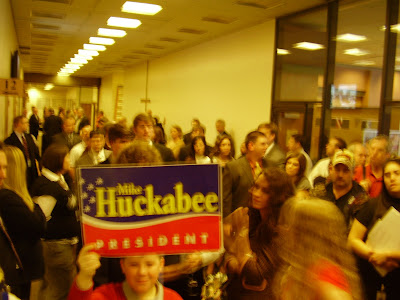 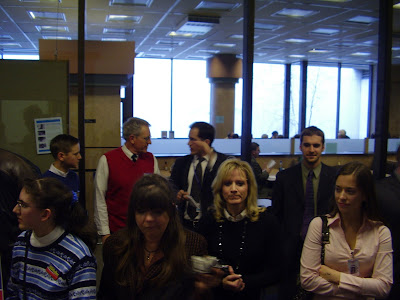 Still waiting...our signs and buttons being taped by the media... 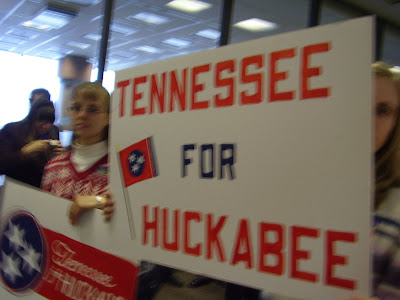 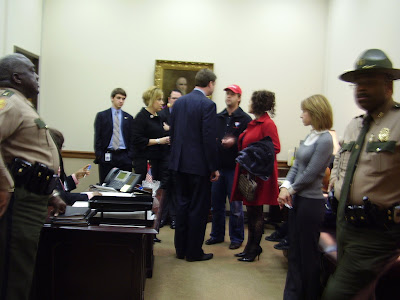 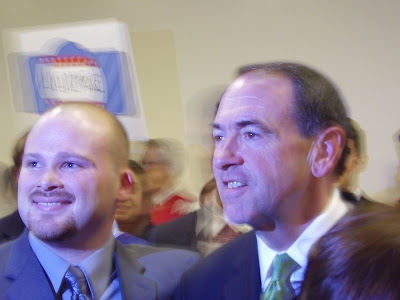 Because the meetings had taken so long, all Gov. Huckabee had time to do was shake hands on the way out.

David asked Gov. Huckabee if he had a message for the readers of our blog. Gov. Huckabee did, and Sarah videotaped it. When we figure out how to put it on the computer, we'll post it! 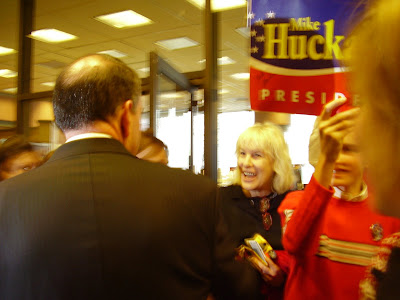 One man gave his cell phone to Gov. Huckabee so he could talk to his wife! 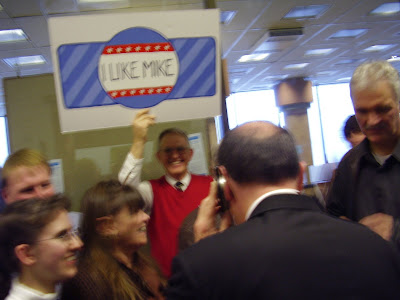 Gov. Huckabee is hurried away to his next event. 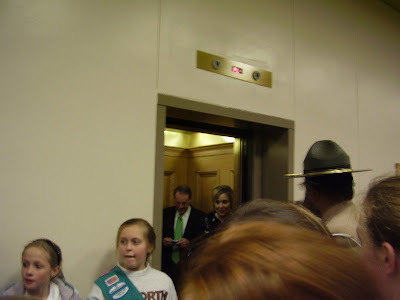 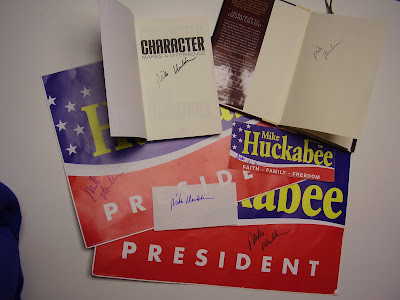 Click here to watch FoxNews17's coverage of the Part 3 event, featuring Daddy's interview and some video of us!! The video will be on the page linked to.

Great to see you. Doug, great interview. You folks did a splendid job on the website. Come to see us sometime.
Jerry Woods